With the glorious help of credit card churning, Amanda and I (and now our 1 Year Old Kiddo) made another trip to Europe this summer and we had a splendid trip soaking in the beauty of these cities: Oslo, Vienna, Prague, Berlin, Copenhagen. Our total out of pocket cost for the entire 2-month trip was around $2,040. We run a tight ship here! 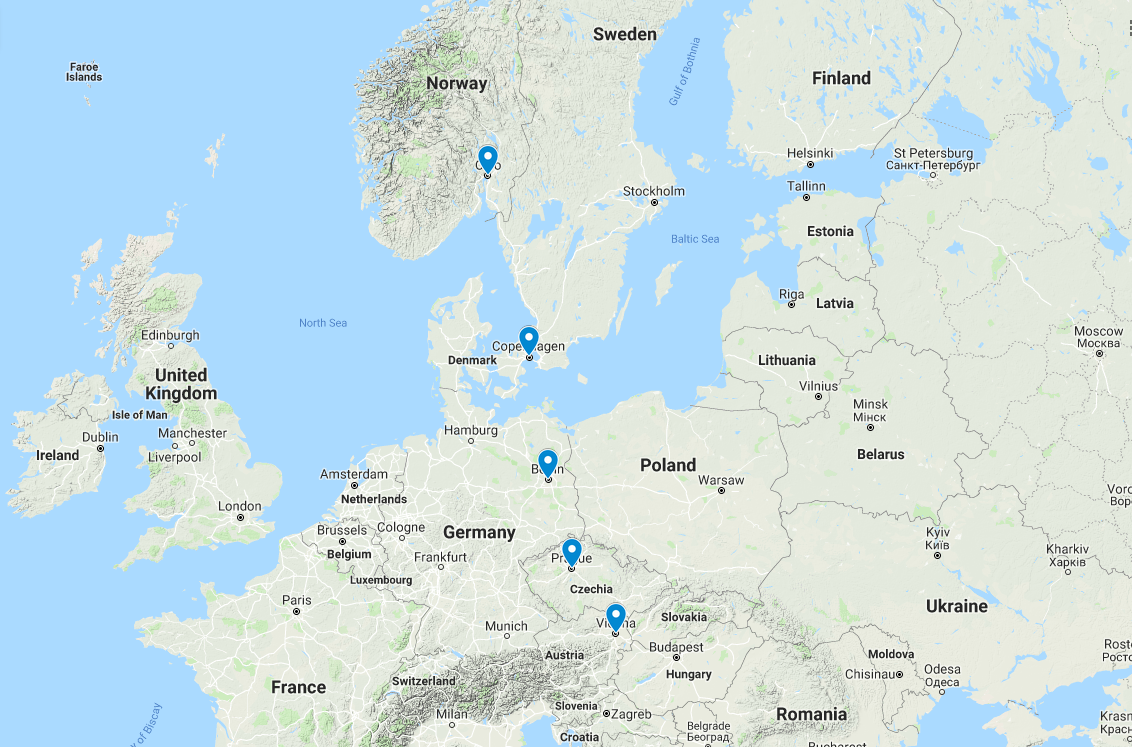 Total cost of the two-month trip was $7,810, but we were able to use credit card points worth $3,570 which paid for all the flights and some of the Airbnb costs. Also while we traveled, we rented out our house to a retired Florida Man for two months giving us a profit of $2200 (note: actual rent income was $3100 but we’re subtracting maintenance costs/utilities/property tax, etc).

So our total out of pocket for the entire trip (including food and public transit) was around $2,040! Here’s the breakdown of our spending in USD:

Where is the ‘Entertainment’ category you may be wondering?  Well, Amanda and I usually opt for free activities when traveling. And now that the small guy is in tow, we’re even more likely to avoid long visits in grand museums! 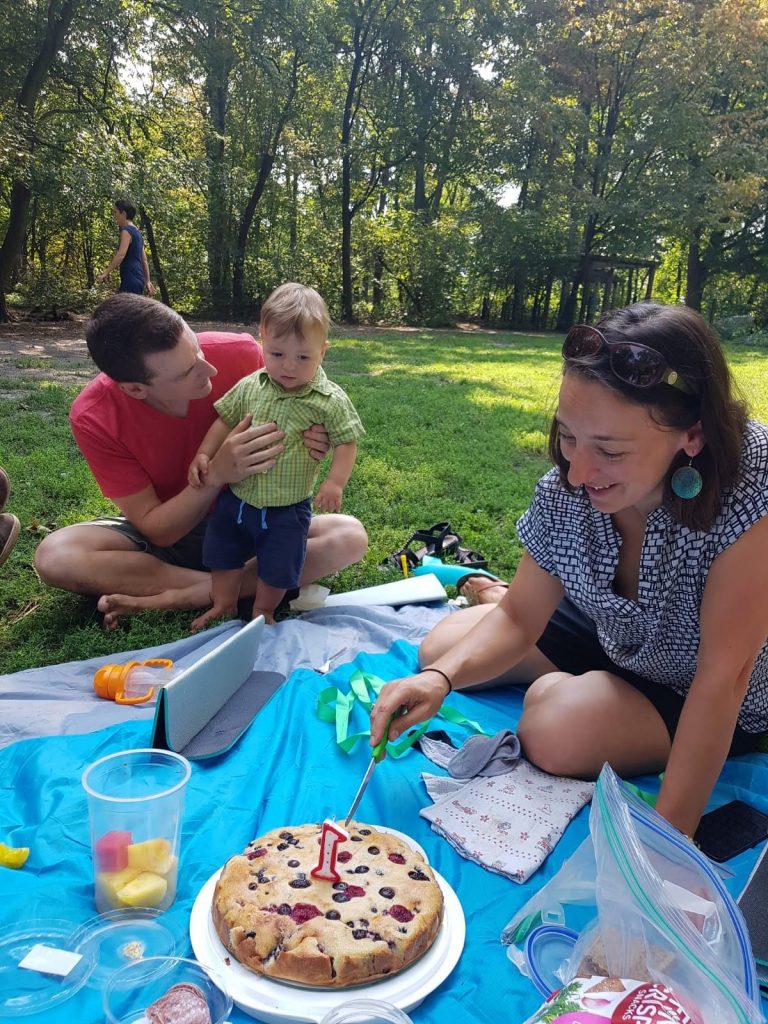 Are we assholes for flying to Europe two summers in a row? Arguably yes.

Really, we’re pretty selfish. There are now 7.7 billion people on our planet Earth and rough estimates are that we’ll add another billion in the next 10 years! We certainly can’t all be flying to Europe every summer. It’s unsustainable. Climate change is forecast to wreck havoc on all of us because, among many other reasons, people like flying too much. Flying is one of the worst ways to contribute to greenhouse gases, which when distributed high up in the atmosphere – increases their effectiveness even further of retaining heat on our little planet. Yes, the wonderful greenhouse effect, everyone covers this stuff in elementary school… right?

The big problem is that plane tickets are way too cheap, since they don’t price in the actual cost of flying (carbon pollution is ignored). If ticket prices were higher, less people would fly. Amanda and I would certainly fly less, but our Norwegian Air tickets from Florida to Norway (9 hr flight) were only $225 each! WTF THAT IS CHEAP!!! 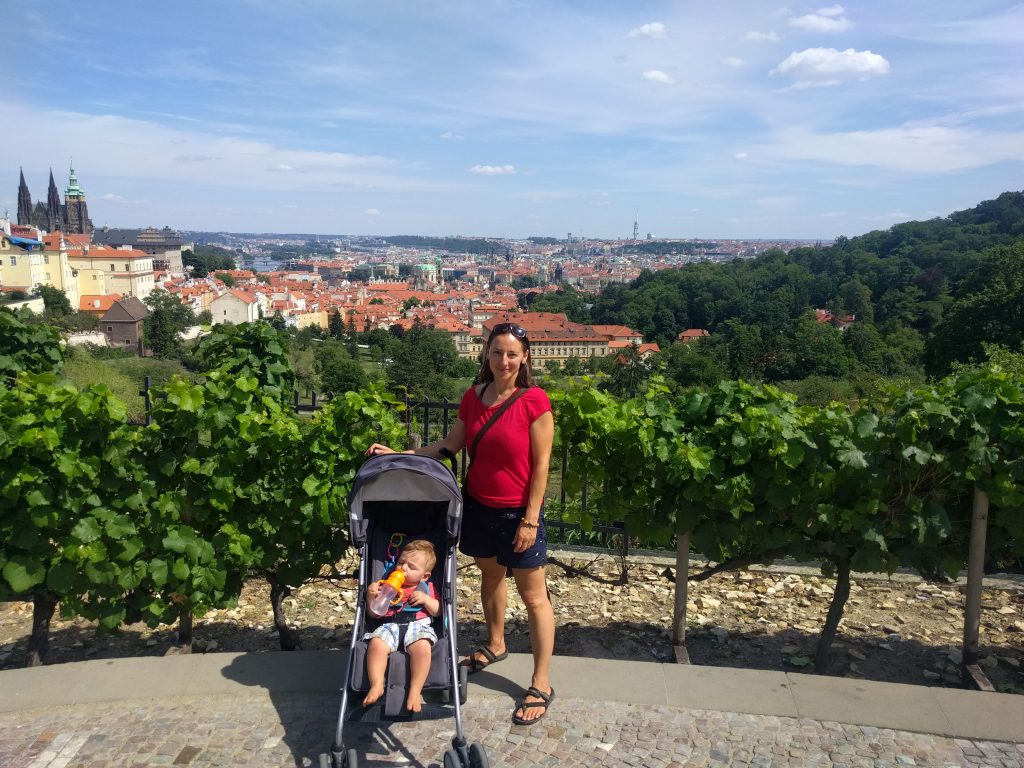 Overlooking Prague, little man is unimpressed with the view

So yeah, maybe we’re assholes, BUT I have been volunteering for years with Citizens Climate Lobby which advocates for a Price on Carbon Pollution. Yes, exactly what Canada implemented this year: a fee and dividend approach to putting a price on carbon pollution. Agreement is unanimous among all economists: a fee and dividend approach is the best first step towards solving climate change. Praise upon Canada, my homeland, for being leaders of the world this year for both climate change and national cannabis legalization! I truly hope that Justin Trudeau continues to be Prime Minister after the big election in Canada next month. 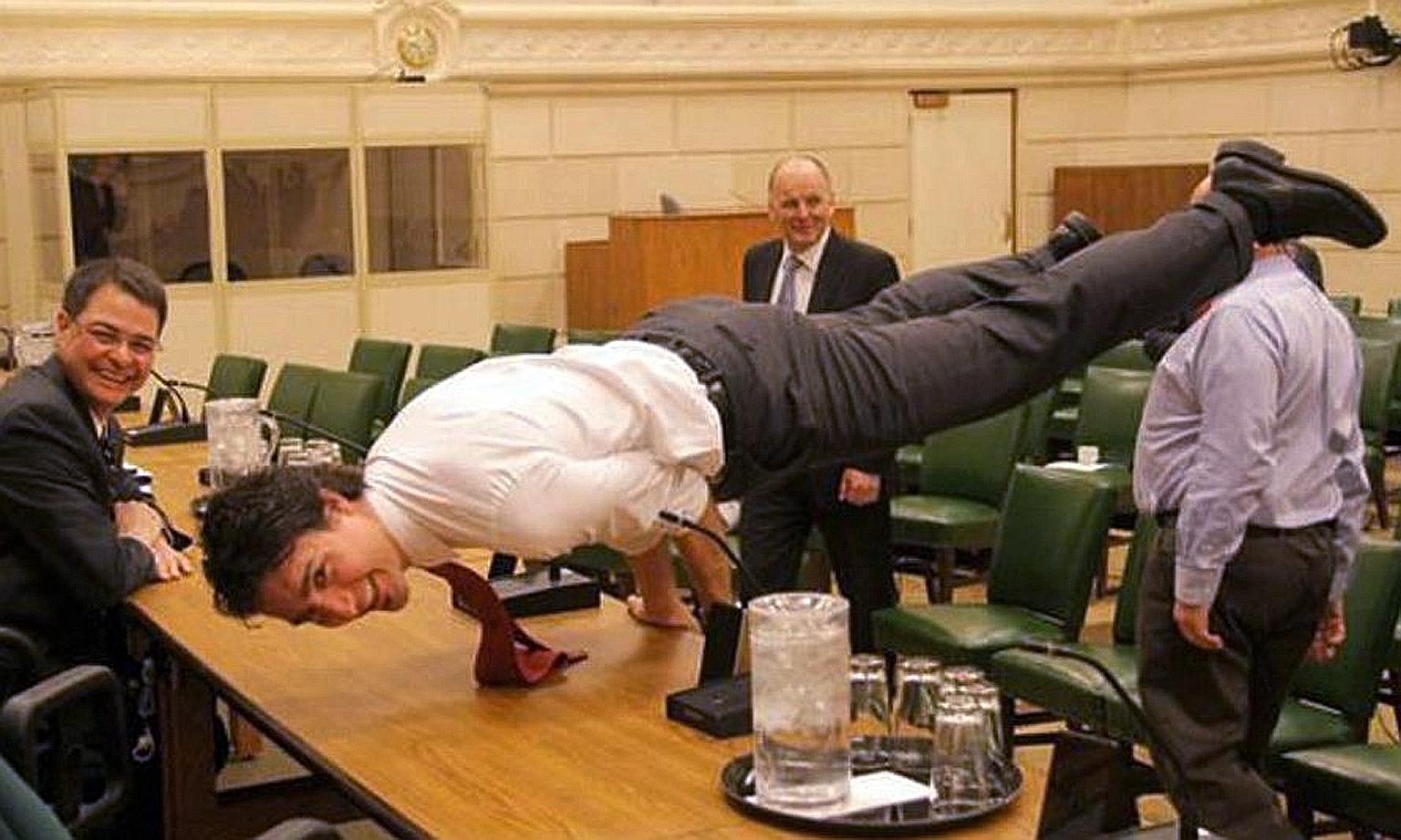 Last year the Canadian Supreme Court ruled that expatriates can now vote in Federal Elections, so Amanda and I quickly submitted the paperwork to register with Elections Canada – we can now vote in Canada again! A very exciting event indeed, so I’ve been paying more attention to the most fantastic public news network in the world: the Canadian Broadcasting Corporation, which has a couple (1,2) great YouTube Channels. We love you CBC!

Ok, well, that’s not fair. Babies are not totally useless – they do fill our hearts with infinite wonder, amusement and love. But really that’s it. With everything else they can’t do, they will also yell REALLY loud and cry if they’re not pleased with what’s going on! YES, YIKES!! For the record, the flight home from Copenhagen was almost 11 hours (longer flight path to avoid hurricane Dorian) and the tiny human was… a medium-sized nightmare. 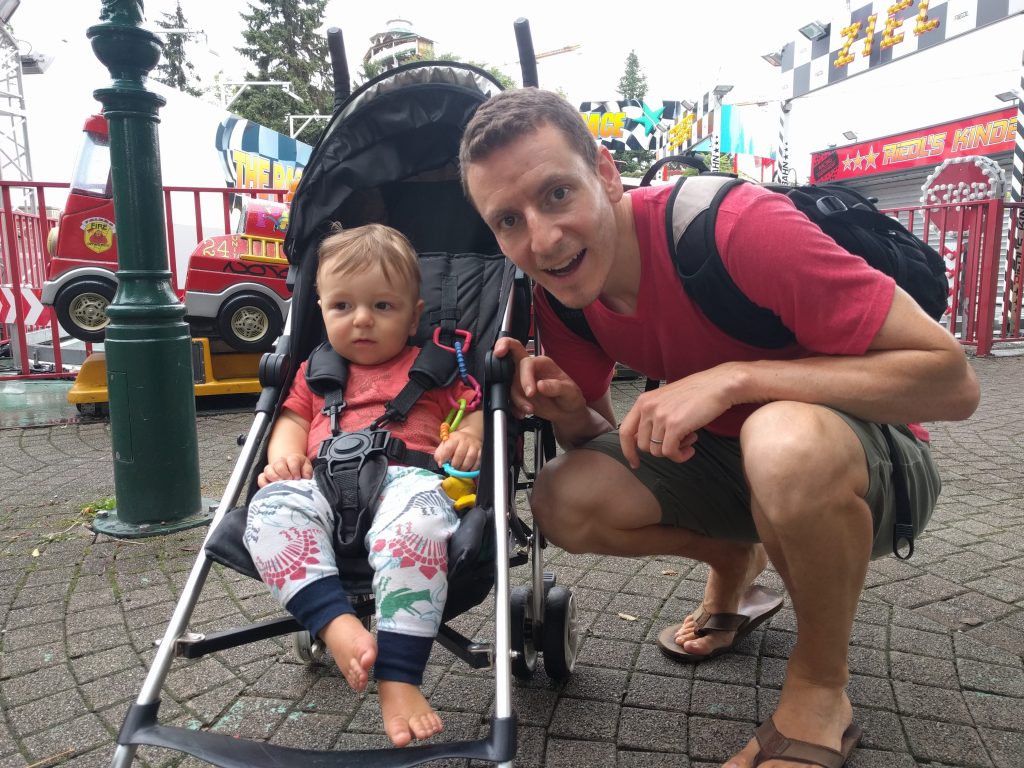 So the grand idea of traveling to Europe with our new baby seemed pretty ridiculous at first. However, since our younger selves had previously driven from California to Costa Rica then back up to Nova Scotia, how much trickier could it be to spend two weeks at a time in European cities, renting nice Airbnb apartments in each city center, using public transit to get around, and taking comfy trains between cities?

Well, we did it and I would say wandering around European cities and exploring playgrounds with a cute baby is DEFINITELY easier than driving through Central America with an old truck (no offense, Bruno). The memory of crossing into Honduras and having dudes run after the car, jumping up onto the sideboard of our 20 km/h moving vehicle, all to tell us roughly (it’s hard to translate perfectly, since my Spanish is terrible) that the Customs & Immigration process for the El Salvador/Honduras border is so fucked, we’d be crazy NOT to pay them to help us through it! 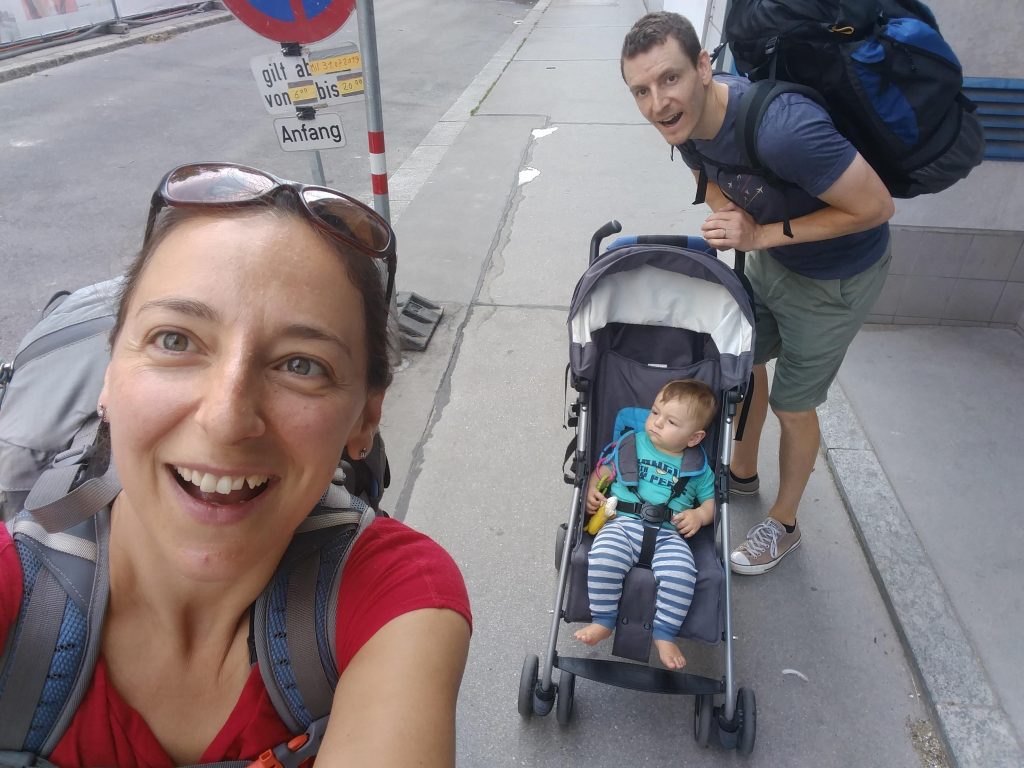 Traveling “light” with backpacks, here we are leaving Vienna heading to Prague

Digital Nomad: Getting a Remote Job and Traveling the World

It’s been 4 years since Amanda and I ‘quit our jobs’ to live the dream of ‘Doing Whatever We Want (On A Budget)’ – which is kind of a joke since we had a successful Airbnb rental and I’ve actually been doing contract work for the last two years. Last year I worked 145 hours and this year is shaping up to be similar (the equivalent of 3 hrs/week – it’s been pretty manageable!). There are many, many people living the ‘digital nomad’ lifestyle of working remotely and living in foreign cities for short periods of time. Now having experienced it this summer, I can say it’s fuck’n GREAT! I would recommend it to anyone. If you’re living modestly with a conservative budget, working for an hour or two per day can easily cover your daily cost of living. 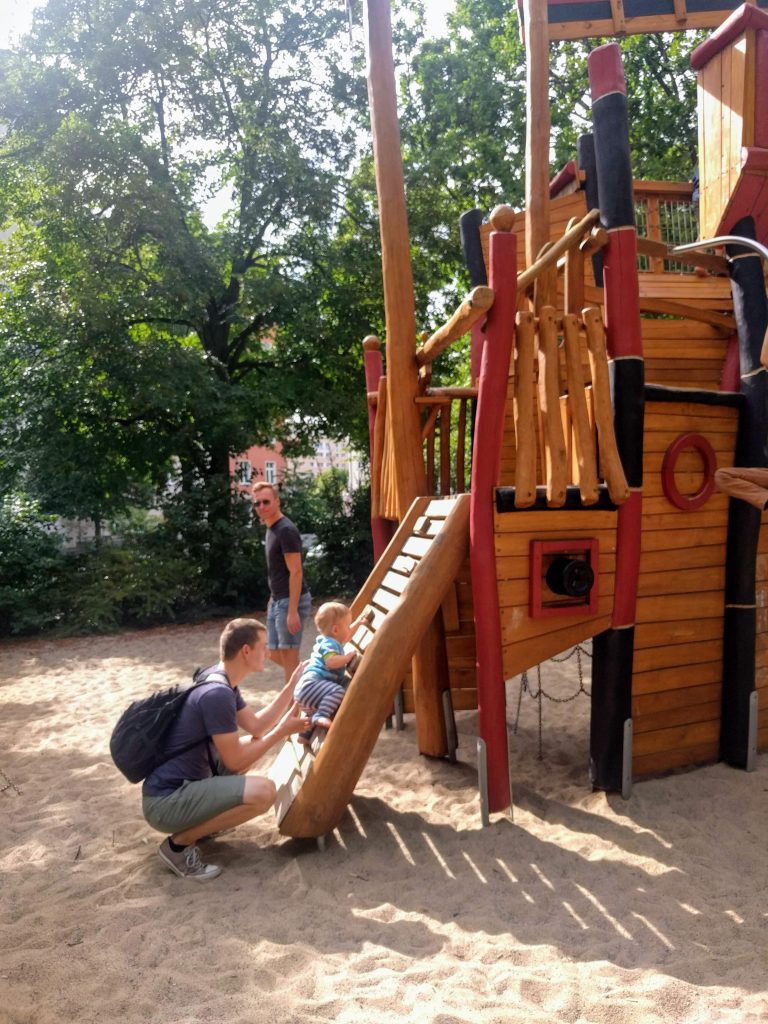 Exploring new playgrounds was a core component of our days. 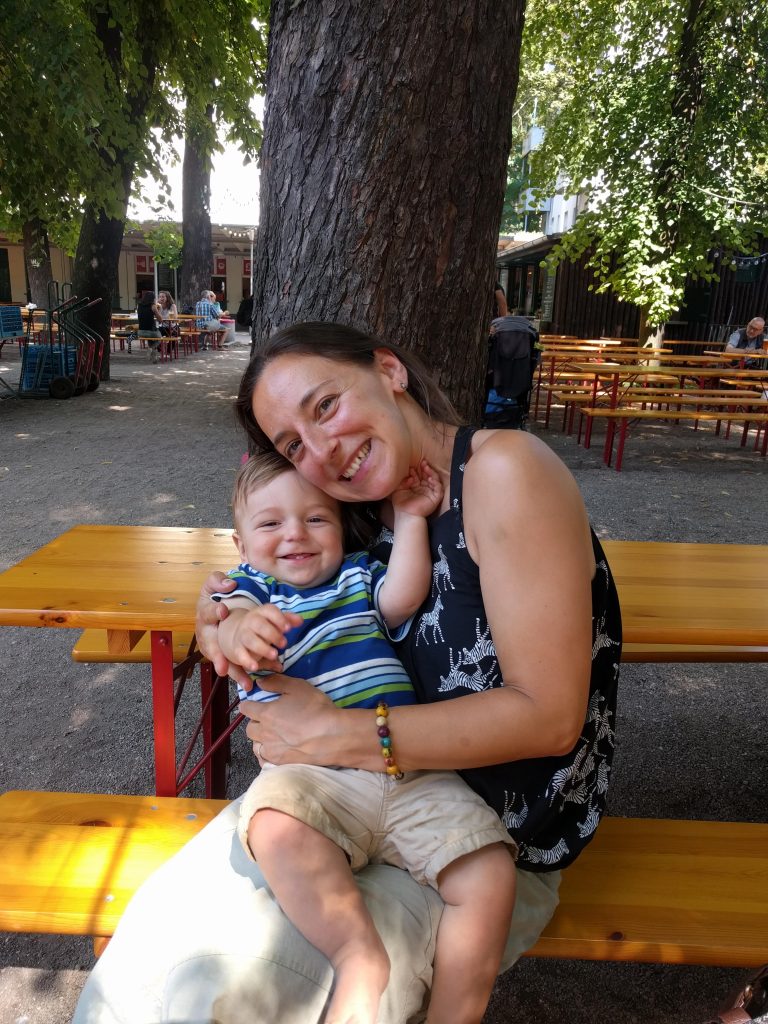 Enjoying life at a Berlin biergarten

Berlin was my favorite city of this trip. I’ve read that if you’re able to get a good paying software job in Berlin, it’s a really happening city to live in. Tons of peaceful, friendly and open-minded Germans who speak English well. It’s a huge city with fantastic transit, tons of interesting neighborhoods, and still has a reasonable cost of living (although housing prices are increasing rapidly). Immigration to Germany (or basically any EU country) is relatively straight forward for tech workers and is possible by using the EU Blue Card program. FYI: if you proceed onto Permanent Residency, this requires learning German. 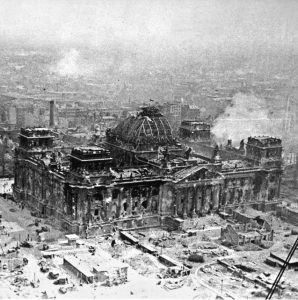 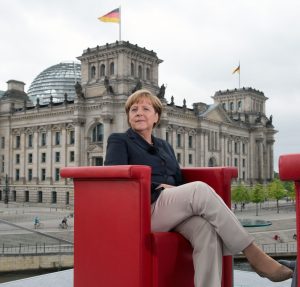 All fixed up now, with Chancellor Merkel!

Amanda has extended family in Berlin and it was a delight to spend time with them and see their home. Berlin has the craziest modern history of any city we’ve been to. I tried to go to the Stasi Museum (that is, the Secret Police of Former Communist East Germany) but upon arriving, I found they only accept cash (WTF Germany, get with the times)!! East Germany had one of the most efficient and effective surveillance states in history. So instead of seeing the museum, I read the Stasi wikipedia page and then Amanda and I re-watched the great Stasi movie ‘The Lives of Others‘.

All in all, a really great trip. The baby was pretty easy to travel with. One highlight was the various “kid cars” on the long distance trains we traveled on. For the 4-hour ride from Vienna to Prague they gave us seats in this “kids car” at no extra cost and we had a private play area with toys. Our other 4-hour train ride from Prague to Berlin was also in a special kids cabin, which made traveling so much easier (hurray for trains)! But, as if knowing that all had gone too smoothly, on the return flight from Copenhagen to Fort Lauderdale our little guy decided to go nightmare style on us. We were “those people” on the flight. It sucked. As a wiser fella once said, sometimes you eat the bar, and sometimes, well, the bar eats you…